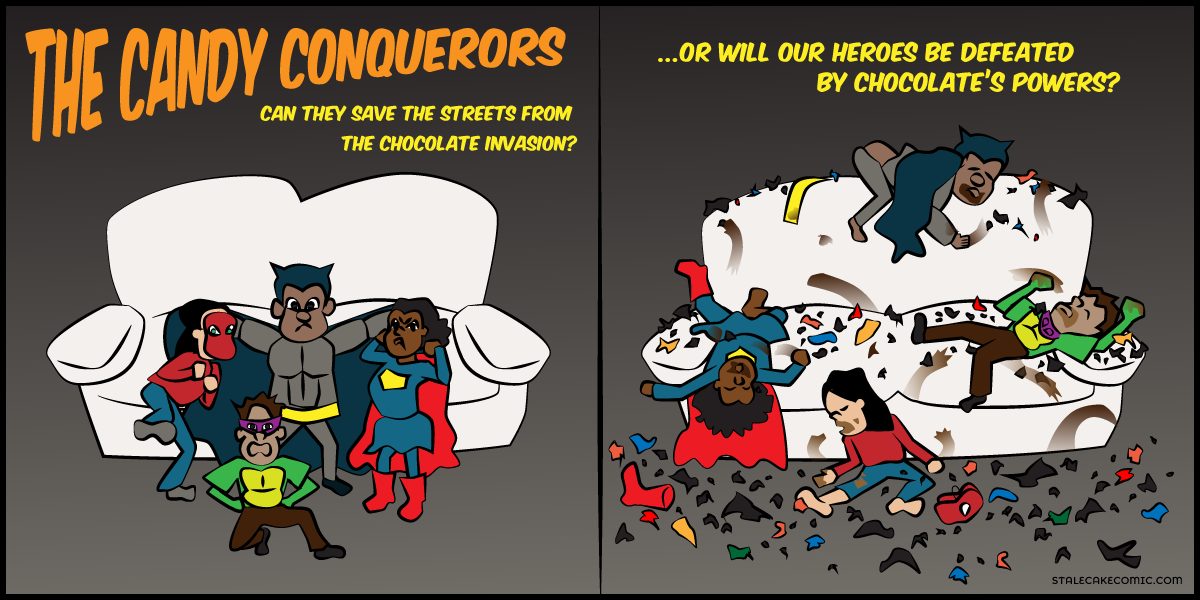 Halloween is around the corner and I am so excited. Halloween is my Christmas. That’s right, it’s my favorite holiday. The non-stop horror movies on tv, the kids in costumes, the candy, it’s always a good time.

We are even willing to overlook the ubiquity of movie character costumes because the cuteness of tiny kids wearing fake muscles trumps our annoyance.

And yet, how much would you be willing to pay for cuteness? $20? $50? How about $150? When I received the new Chasing Fireflies catalog my daughter automatically took it and started campaigning for her favorite one. For those of you who aren’t familiar with this store, I’ll let them explain what they do:

We created Chasing Fireflies to yes, celebrate childhood but also to celebrate parenthood. do you remember the first time you ever rode a bike? swam across the pool? chased fireflies? it’s even more special the second time around when you share your child’s firsts.

So, they essentially sell the concept of living vicariously through your children in the form of expensive kids costumes. My daughter chose a dark angel costume, which was pretty but way overpriced for a one day candy grab. Chasing Fireflies is obviously for those who can afford to blow $100 plus on a kids costume. That is not the case in my household. So I let her know that she would not be getting it.

As Halloween came closer she shot down my costume suggestions. even going as far as declaring that she would just be nothing. I reminded her that people don’t like to give candy to kids who don’t put in the minimum effort of changing their clothes. Eventually, she pulled some pieces together from both of our closets, I ordered some cheap wings from Amazon and she had her own dark angel outfit. Does it look like the Chasing Fireflies one? No. But hopefully she had more fun putting it together herself. 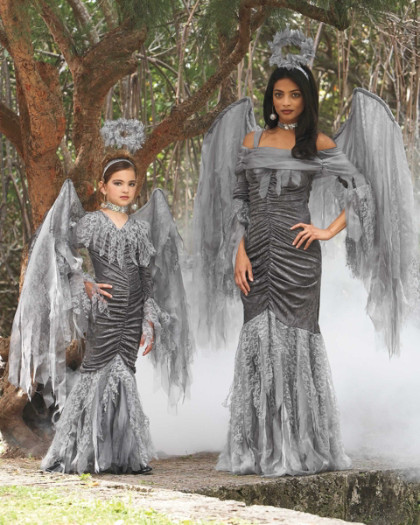 Plus, while this costume is refreshingly non-skimpy, there is something very slinky and adult about it. The mom version is almost identical. The website sells it with “She’s an angel 364 days of the year . . . shouldn’t her devilish side get to come out once?” This is eerily similar to the “Good Girls Go Bad, for a Day” title of a recent NY Times article about the obvious, and well-noted trend towards strip-club like Halloween outfits for women.

Dr. Nelson, a professor of sociology at the University of Waterloo in Ontario, said the trend toward overtly sexualized costumes actually begins with little girls. “Heroic figures for women or considered icons of femininity are very much anchored in the femme fatale imagery…” Dr. Nelson found that even costumes for little girls were gendered. Boys got to be computers while the girls were cupcakes. Today, there are bride costumes for little girls but one is hard pressed to find groom costumes for little boys. Additionally, Dr. Nelson said, the girls’ costumes are designed in ways that create the semblance of a bust where there is none. “Once they’re older women it’s just a continuation of that same gender trend,”

It’s a disturbing theory. If true, then parents can find relief in a new trend starting this year: gender-neutral outfits. Target and Disney have removed the gender categories for their costumes. More options sounds like a great idea, not all girls want to be princesses.

At the very least, it looks like those former “boy” costumes can better withstand the inevitable candy stains.