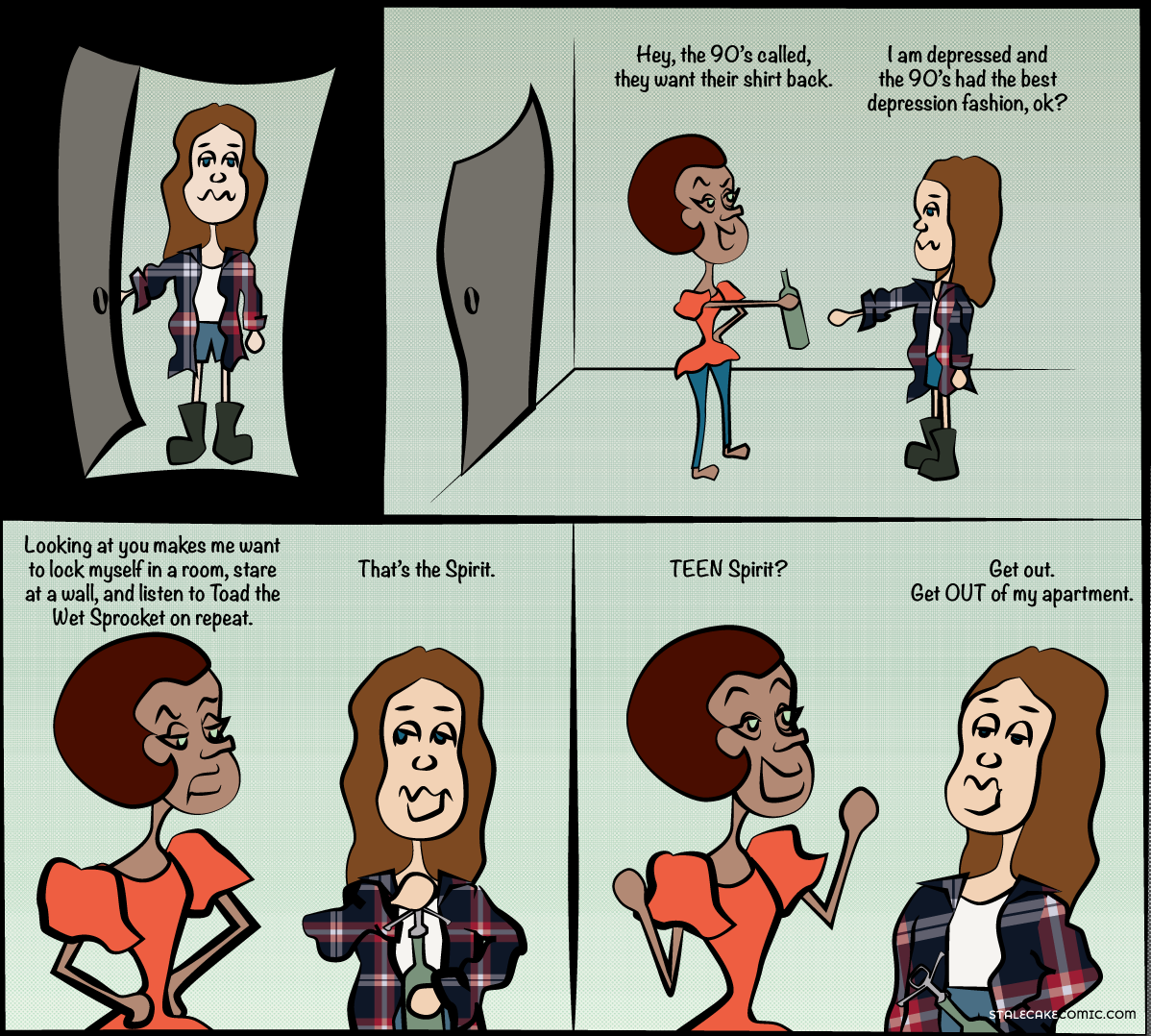 Are we just stuck in a state of arrested development, or is Grunge cycling back into popularity? The music that defined the movement may still be around, but it certainly doesn’t have the momentum. If you mentioned Seattle to somebody would Grunge come to mind before Starbucks?

But Grunge has been popping up in magazines and commercials for the past year, despite any objections Anna Wintour may have. Is it just the fashion cycle of life? Are shapeless flannel shirts the perfect antidote to the skinny jeans that are cutting off your circulation? Does looking artfully disheveled take too much effort lately? Does Bitchy Resting Face match perfectly with I Don’t Give a F#$% outfits?

What were you watching on TV 20 years ago?

Or are marketers just cashing in on our nostalgia for the 90’s? Did anyone think it was odd that Jordan Catalano would be referenced in a commercial nearly 20 years after My So-Called Life went off the air? A commercial for an AUDI? (I refuse to embed this ad here – mostly because it is so long and leaves me more confused than amused.)

Arsenio Hall may not want to call it a comeback, but he’s back, and our memories of watching him back then certainly make us root for him now.

With doomsday reports about the economy and unemployment rates, doesn’t it seem like a good time to be depressed and disenchanted? With sitcoms about people in the their 30’s moving back in with their parents, why not keep those grunge posters up on your old bedroom walls and feel semi-current? We may have many more reasons to be angsty now than when we did when we were in high school, but I’d like to think we have better coping mechanisms than being completely apathetic. I don’t know anyone who wants to crawl into bed and wake up in the 90’s. Thank goodness.

Here’s a “Smells Like Teen Spirit” reference from one of our favorite Tumblr blogs, 99 Problems: