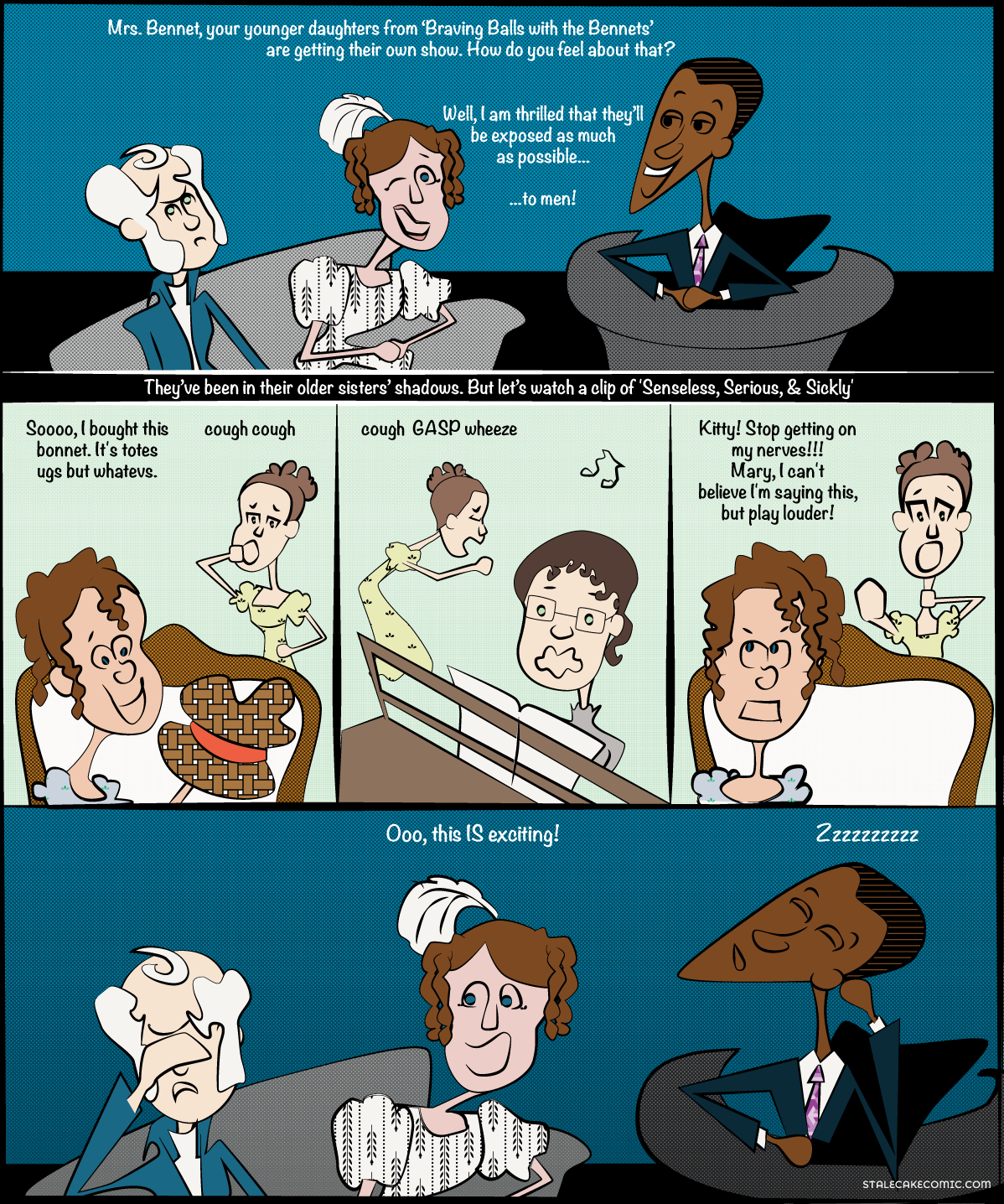 Bennet Sisters Are Doin’ It For Themselves

Bennet Sisters Are Doin’ It For Themselves

Jane Austen died almost 200 years ago, but the author and her work still manage to stir emotions. After people like feminist blogger, Caroline Criado-Perez, decried the lack of female figures on British currency, Austen replaced Darwin on the 10 pound note. Disgruntled trolls quickly took their ire to social media, though they seemed to be more misogynistic than anti-Austen. Katie Roiphe, professor at the Arthur L. Carter Journalism Institute at New York University, stated:

“She is beloved by generations, popular yet highbrow, subversive yet mainstream, witty yet accessible; a smart, safely feminist choice, yet in certain lights, an upholder of traditional values. Is there, one could ask, a single woman writer less controversial than Jane Austen?”

In fact, Britons love her so much they banded together and blocked the sale of Jane Austen’s ring to Kelly Clarkson, in order to keep her keepsake in their beloved homeland.

Even without these news stories, it is hard to avoid the countless movies, miniseries, and books based on or inspired by Jane Austen these days. We’ve added zombies, created Jane Austen self-help guides, imagined fans being magically transported into her stories, and even shown Austen to be a game theorist.

Monette jokingly admits that her favorite Jane Austen film is “Clueless” (Editor’s note: I’m not joking! This version of Emma is way better than the Gwyneth Paltrow and Kate Beckinsale versions! The way Amy Heckerling transplanted it so easily into modern times shows the timelessness of Austen’s irony and social commentary.)

But our favorite adaptation, by far, is the inspiration for today’s comic, the Pride and Prejudice miniseries that had women everywhere falling madly in love with Colin Firth and wanting to sock Anna Chancellor in her face. (Ironically, Miss Chancellor is distantly related to Jane Austen.)

Why do we love Pride and Prejudice so much?

Is it because of this famous wet shirt scene? Ahem, no. (And, yeah, this statue is creepy.)

What is it about this story that makes it so damn good? For us it’s really Lizzie and her strong character. She is so true to herself, so smart but not perfect (she admits readily that she is less than perfect at the piano forte, that Jane is prettier and kinder than she’ll ever be). But she is so confident in herself that she holds her own and speaks her mind to people that society would consider her betters. For all of this, she should be punished, she should lose, because she doesn’t know her place; but instead she wins.