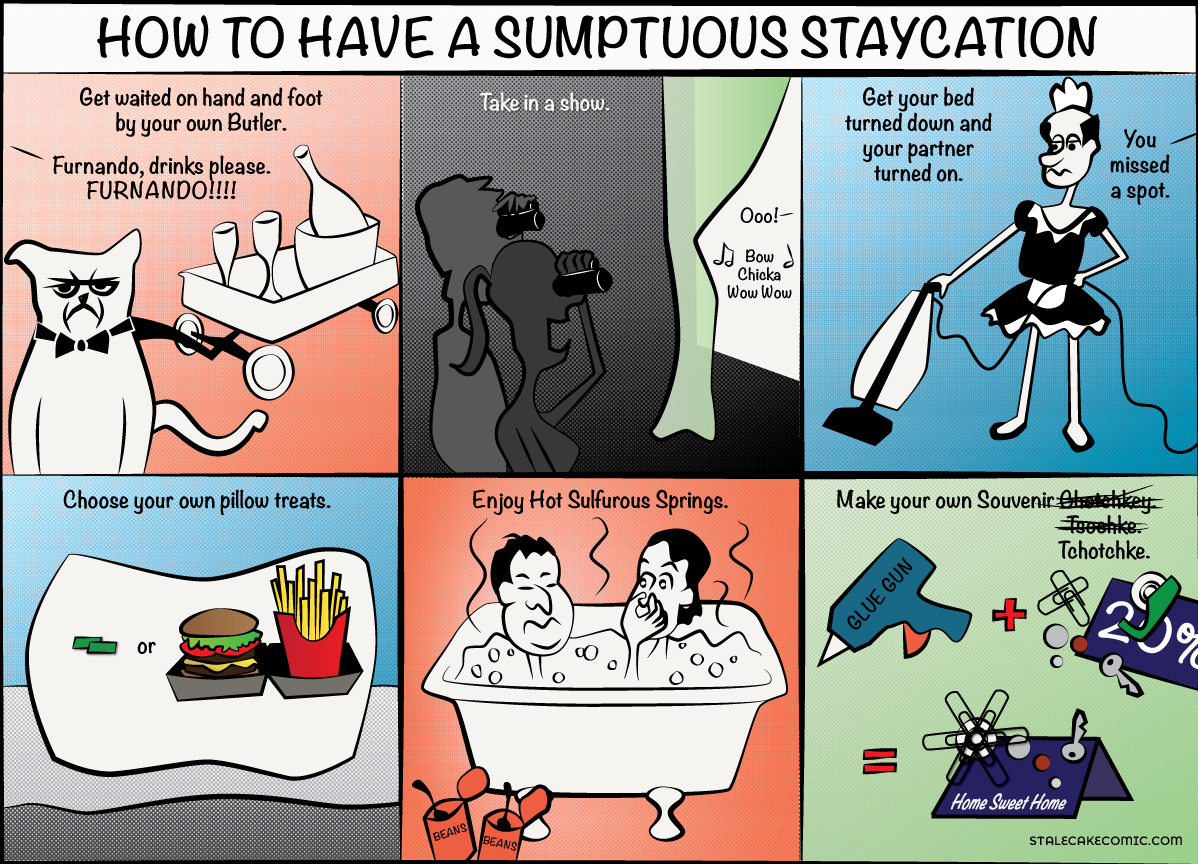 Let’s face it, even in this time of “economic recovery”, times are still tight for a lot of people. Americans are still taking their 2.5 vacations a year, but they’re doing it a lot closer to home, in their homes to be exact.

We honestly think the idea of staycationing is a bit of a challenge. Sure, you’re saving money on travel, hotel, and other costs associated in going to a destination, but is it enough? Think about it: you spend a lot of time in your home. We think it could be a challenge to change your mindset from normal to vacation mode when you’re in an über-familiar surroundings.

Giving your space more exotic touches might do the trick. Like a little chocolate on your pillow? Well you have Cary Grant to thank for that. Yes, that’s right, Cary Grant, or as Asha likes to call him, “Mr. Sexy”. Apparently, Cary Grant was such a pimp that his escapades made the hotels in which he stayed take notice and copy his moves.

Is that a kiddie pool?

While the idea of making your space into an exotic getaway sounds nice, we think it will end up looking something like this:

This shit looks lame as hell and it’s exactly what your staycation will look like. I mean, seriously, did they really think plastic floatation devices would up the coolness factor? Seriously!? WTF.

Instead of staycationing, choose to leech-cation instead. This is when you buy a cheap ticket to a friend’s house that lives in a more desirable location. You impose yourself upon them staying in their spare room/couch/garage/roof. You eat their food and prey on their hospitality. You really have to live it up because the chances of you doing this more than once and/or still having the friend are slim to none.