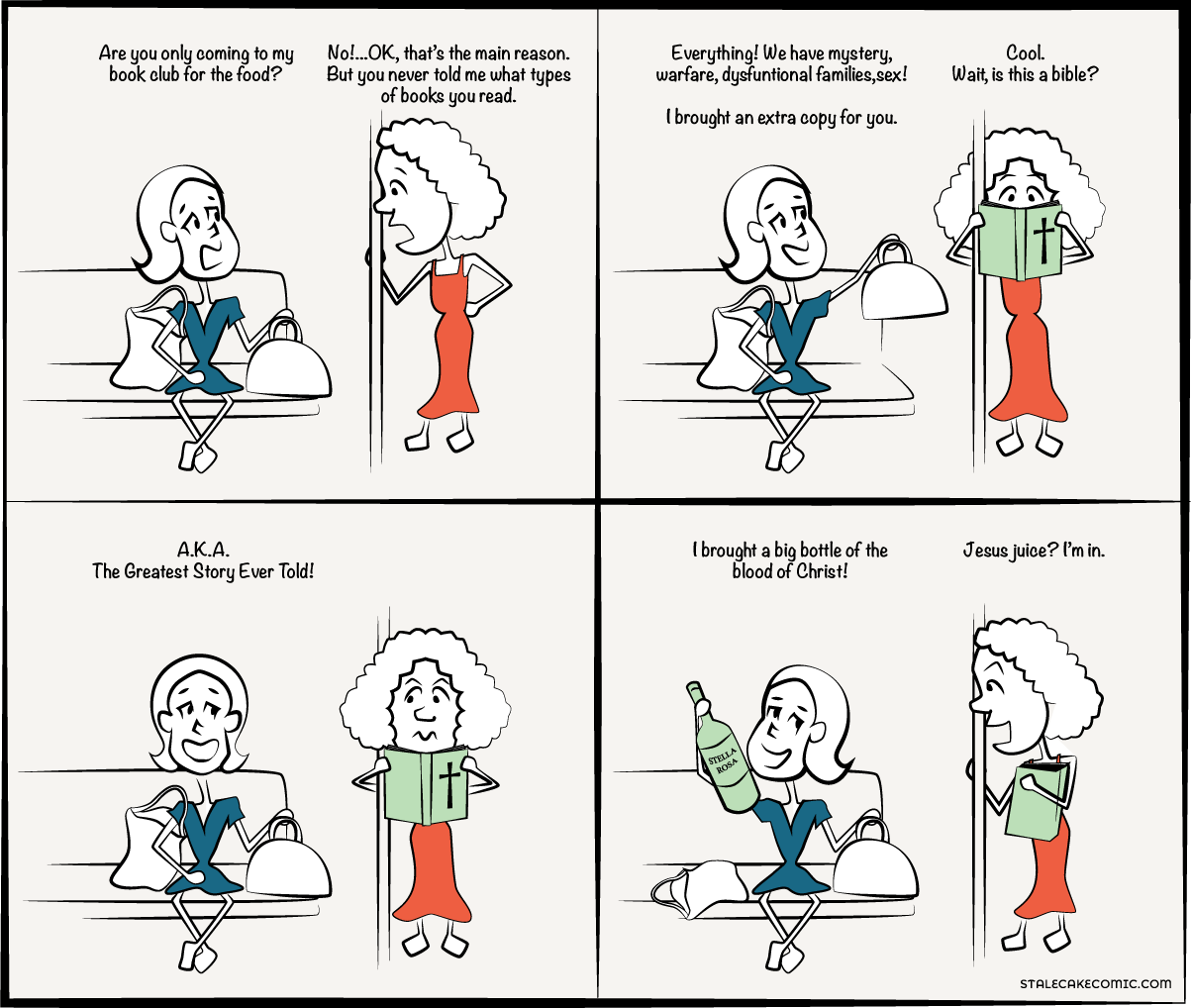 The Only Book Club You’ll Ever Need

The Only Book Club You’ll Ever Need

The intrigue, the scandal, the potential for drinks to be thrown in the face of a rival; it’s not a work of fiction but fact with today’s book clubs. Books clubs seemingly re-emerged as a social gathering of choice post 9/11. Post 9/11 there was a need to connect and feel a stronger sense of communion with others and books clubs are a format that easily lend itself to this. Although the majority of book clubs are female and in person, there has also been an emergence of online book clubs.

So, you would think that today’s book clubs are about hearts, flowers, kisses and hugs, but that’s not always the case. Apparently there are some common problems that creep into book club dynamics. Here are some common characters that can show up and rain on your book club parade. (And you can vote on who’s the worst!)

To be honest, we Stake-cake-ians have yet to participate in the awesomeness of book clubs. Monette has thought about starting an online one, which would be right up Asha’s alley because she can be borderline anti-social. Monette’s sister shared some of her book club stories with us and gave us plenty of good fodder for this week’s comic; and a relative of hers enjoys bible reading groups so much that she has joined one in each borough of New York City.

In our research, we have found that despite a few annoying characters, being in a book club can be grand: http://www.buzzfeed.com/ariellecalderon/the-16-best-things-about-being-in-a-book-club

It could also lead to a drinking problem! Some wine companies have hooked up with publishing companies because the wine flows so freely at these clubs.