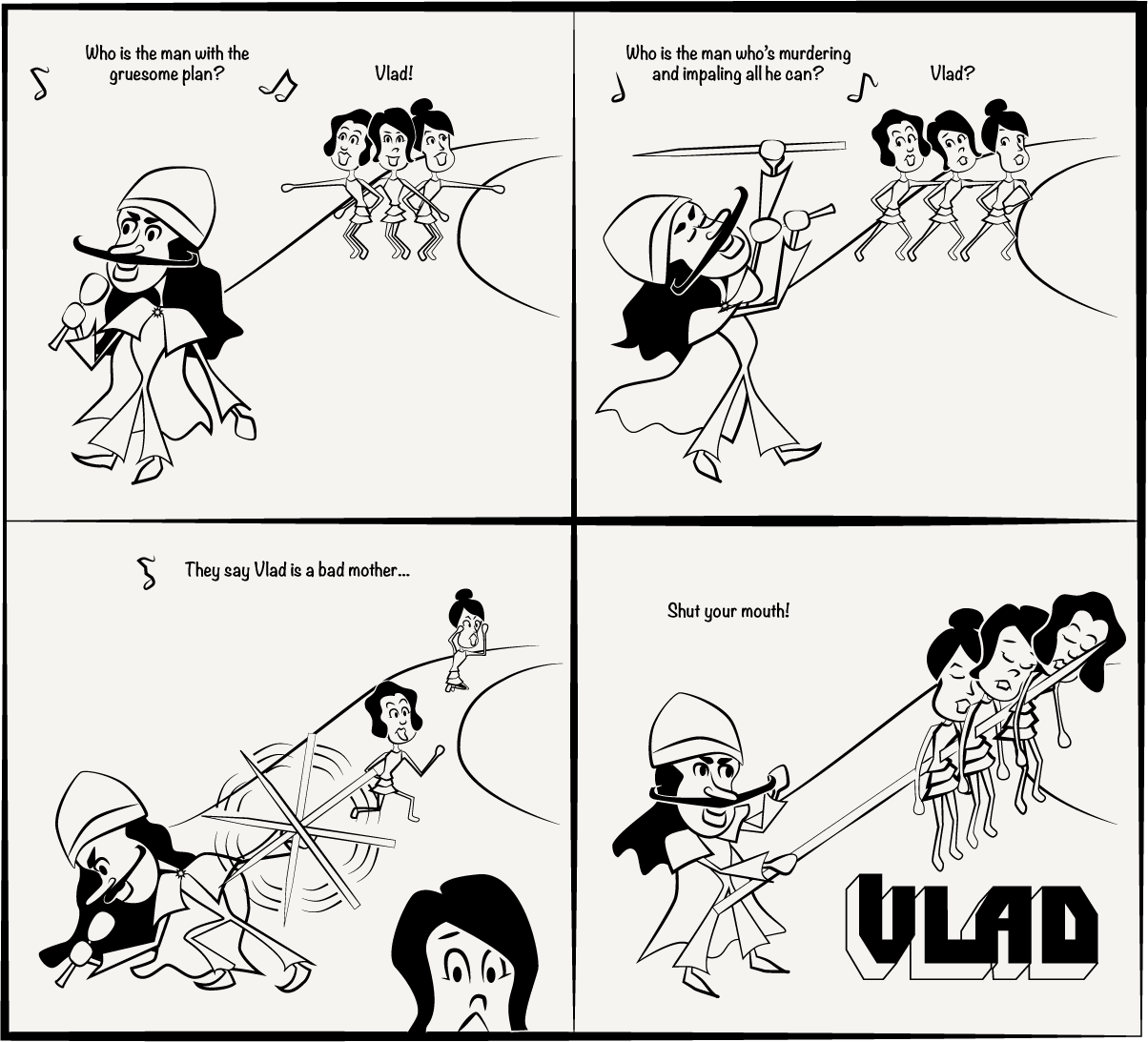 So how exactly do Vlad, Dracula and Exploitation films form Vladploitation? We don’t know really, we’re just weird and come up with crazy stuff sometimes. What we do know is that vampires keep taking a bite of our collective consciousness. From the silent era Nosferatu to the Bon Temps vamps of True Blood, there seems to be a never ending fascination with the “children of the night.”

Anyway! Vlad really liked to impale people. He enjoyed it so much he would hang out with impaled corpses while having a picnic. Impaling is not so popular anymore, though Discovery Health has the show titled “I Was Impaled”, which shows the trials and tribulations of folks that were impaled by foreign objects. If Vlad where still alive (or is he?) I bet he would really be into it.

I bet you are curious why a middle age ruler who has a fetish for impaling people got associated centuries later with vampire lore. While he never set foot upon Romanian soil, Bram Stoker used local library resources to dig up information on Vlad. Historians have debated whether Stoker happened upon the name Dracula and thought the name was cool or if he did any real research on Vlad. Learn more about Vlad and Stoker here.

There are just so many archetypes of movie vampires, but we picked out a few that have stuck in our memory. Feel free to submit your own in our poll below! We didn’t include TV vampires, which seems even harder, so calm down Eric/Spike/Count von Count fans!