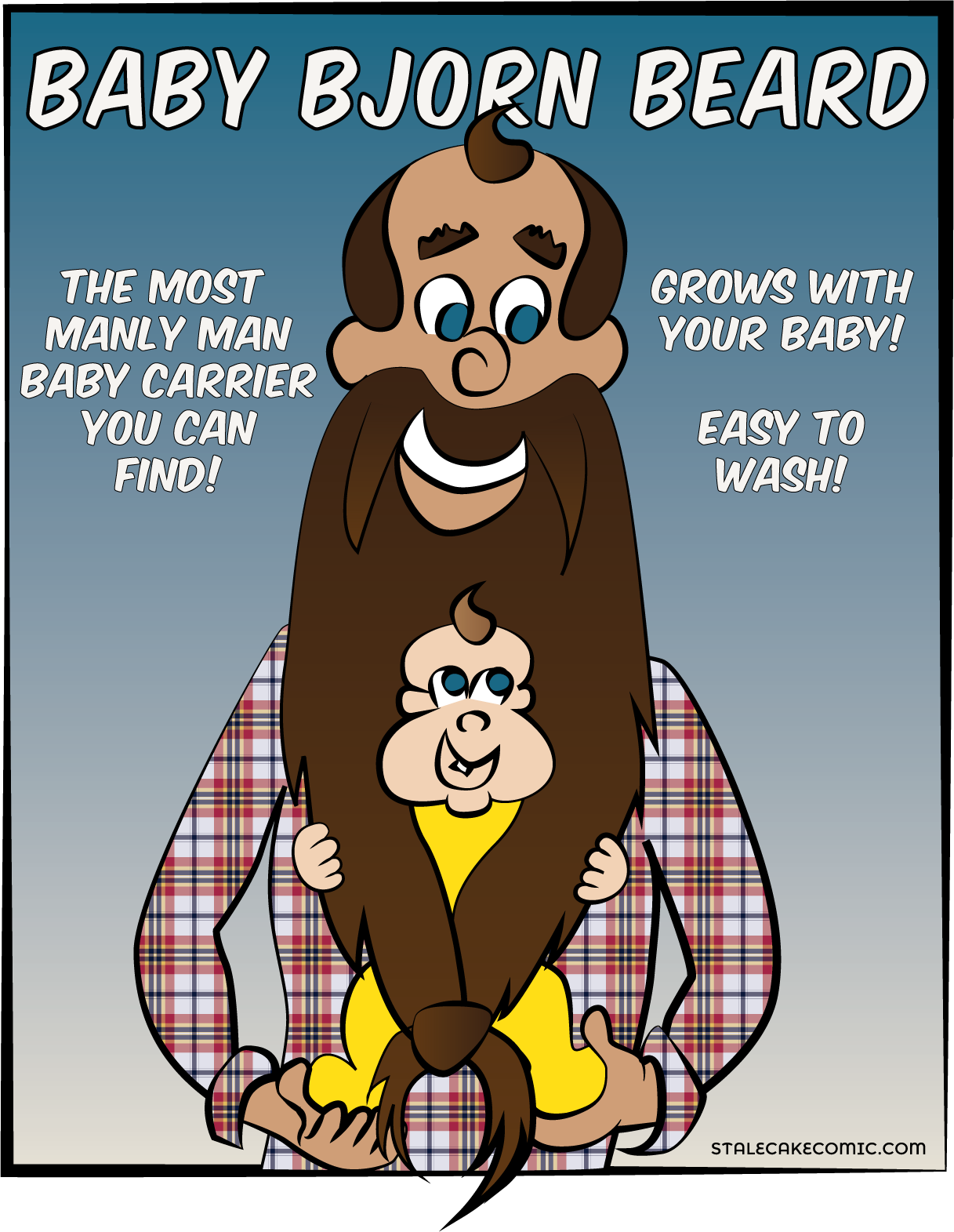 Attack of the Hipster Yeti!

This webcomic that ended up being about hipsterish dads came out of two words. Hipster. Yeti. We didn’t know what a hipster yeti would be but Monette took the term and let her imagination run wild. The result is the image you see above. Asha envisioned a yeti in hipster clothing and a superior, smug attitude. It brings us to an important topic that seems to be dear to many hipster dudes, the hipster beard.

So what the hell is a hipster beard?

According to this WiseGeek article:

The hipster beard is a facial hairstyle that achieved popularity among the hipster subculture in late 2005 and early 2006. These beards can take a number of different forms, but, like most hipster fashion, they blur the line between an ironic celebration of unattractiveness and an attempt to impress by looking good. Within a few years of their introduction, hipster beards were already the target of a massive backlash, regarded by many as symptomatic of pretension.

We Stalecake-ians are not sure how to feel about ironic facial hair. Asha personally thinks hipster beards are pretty fugly.

I’m not only a client, I’m the President

So what happens when you are not blessed with the genetics to grow an awesome lush hipster beard? Do you sit in a corner and cry, cursing the Gods for your misfortune? You can fake it until you make it with hipster beard implants. That’s right hipster beard envy has spawned a market for a hair club for men for your face. The procedure costs anywhere from $3,000 to $7,000 for your own set of faux face pubes.

Apparently, all good things must come to an end and it is seemingly the end of an era for the hipster beard. While it is reported that the hipster beard came into existence in approximately 2005, its reign in obscure and pop culture may be coming to an end. According to Facial hair researchers (apparently they are a real thing), the hipster beard boom is bound to go the way of the Roman Empire. There is a phenomenon that occurs in the facial hair world as it gets to be more popular. Popularity tends to make the beards less desirable to the masses, very hipster indeed.