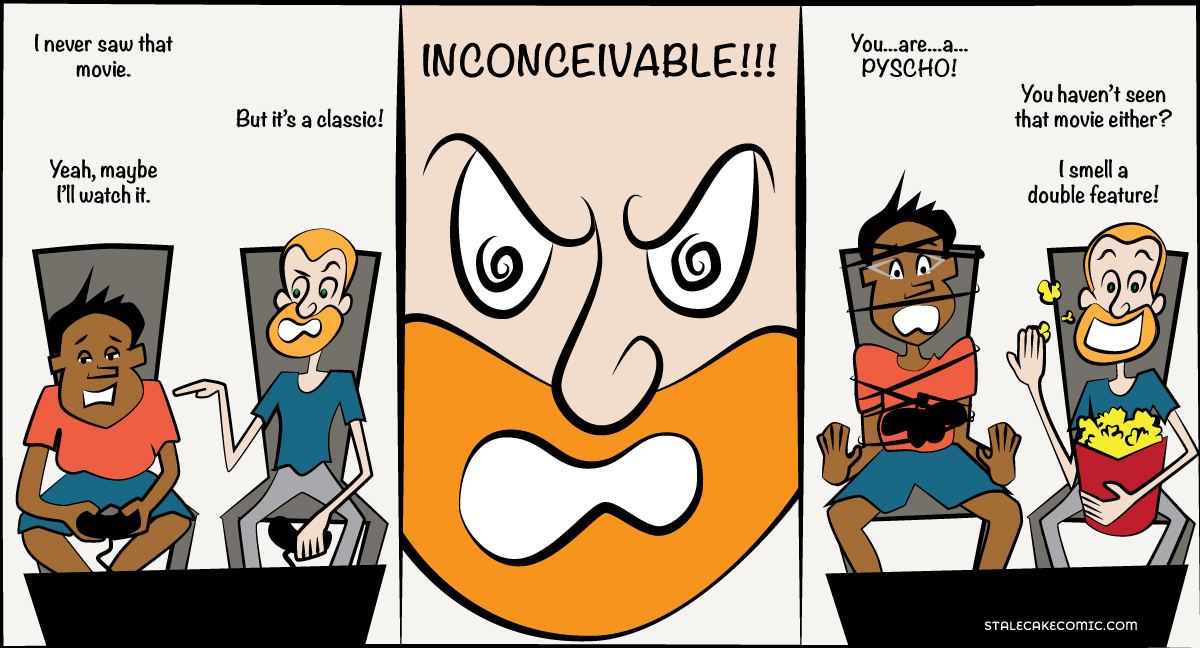 Let’s all go to the movies

Let’s all go to the Movies!

There are certain films that have made a huge, lasting impact on pop culture and our collective consciousness. They may range in genre or decade but have been able to last the test of time. Star Wars is one of these films. Since its first screening in the late 70’s, the film has had a lasting, pervasive impact on pop culture. Asha happens to have the distinction of never having seen Star Wars Episodes 4, 5, and 6. This is not something she readily admits. When she does, she is often met with shock and disbelief. She has, however, seen the Ewok Adventure, and Star Wars Episode 1; which is why she declines to watch any more episodes.

Although Asha has never seen Star Wars, she knows a lot about the film, characters, plot and subsequent mythology through pop culture. She is not alone in her preternatural Star Wars knowledge.

Listen to a Star Wars virgin talk about what she thinks happens in the series.

Lists of required classic films varies depending on whom you talk to. The subjectivity of film leads to tons of variety and we think this is part of the fun. We Stalecake-ians have decided to throw our hat in the ring and compile our own short list of must see films (we realize that our list is very 80’s heavy, we’re 80’s kids so this makes sense.)

**This is obviously, strictly Monette’s choice.

Usually the distinction of being a pop-culture classic is not just reserved for good films. There are some cinematic stinkers that are classics in their own right because of their sheer level of awfulness. Asha’s favorite classically awful film is Troll 2. This gets Asha’s award for the worst film ever made, although some would argue that distinction is reserved for the film, the Room.

What makes Troll 2 so bad? Well, let’s rewind to the cinematic magic that was Troll. Troll was awesome! The movie stars The Neverending Story’s Atreyu as Harry Potter, Jr. (clearly J.K. Rowling loves this movie as much as Asha does) as a boy who moves into a new apartment building with his slightly weird family. Things take a turn for the worse when a troll pretends to be his sister and wreaks havoc on all of the occupants (including Sonny Bono) of the apartment building. It has a solid story, decent 80’s effects, and a great troll singing soundtrack. Troll 2, has none of the great things from the first movie, it’s so low budget that it doesn’t even really have trolls (you can visibly see the masks.) It does have horrible acting, putrid dialogue, no special effects barring excessive green Jell-O. Asha often wonders, did the makers of the second film even see the first one? Needless to say, Troll 2 is a must see because it is so goddamn awful.

I don’t care how many awards it got!

Do we really like universally revered films because they’re good movies or because we feel societal pressure to say that we do? Asha readily admits that while Casablanca is considered to be a classic she has never really loved the film and preferred other Bogart classics like The Big Sleep instead. Monette admits that it took more than one viewing to cotton to the cinematic masterpiece Citizen Kane. It is easy to fall into the mindset that because others think something is great it must be. We Stalecake-ians advise you to watch with a discerning eye and make up your own mind and list of what constitutes a good or bad film. The world has enough lemmings.

What did we miss? Tell us some of your favorites movies both good and bad alike!