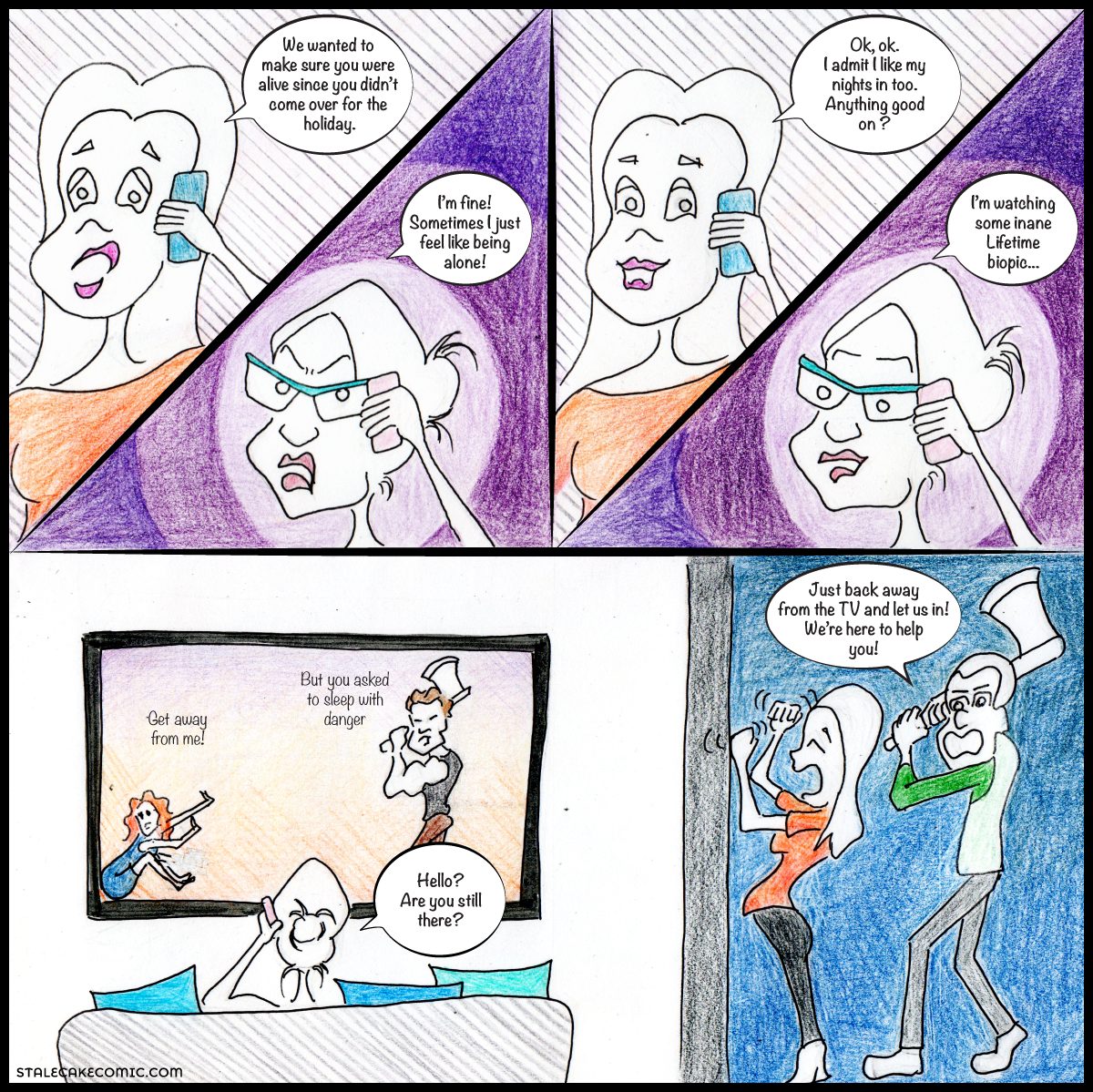 When Monette told me that there were rumors that Will Ferrell and Kristen Wiig were making a Lifetime movie, I laughed. I thought there is no way that stars that big would make a Lifetime movie. Lifetime is usually the home of B, C, D to Z-list talent. You know, folks like Tori Spelling, Yasmine Bleeth, and Traci Lords. People like Will Ferrell and Kristen Wiig, who are A-list comedians who manage to work on the big and small screen alike, don’t end up on Lifetime at the height of their careers. It’s just not going to happen.

This past Saturday, June 22nd, the magic happened. “A Deadly Adoption” starring Will and Kristen made its debut on the Lifetime Channel. I did not get a chance to see the movie due to my attendance at a rather rainy Hozier concert but I heard the movie is as bat shit crazy as you would expect it to be. Here are some of the craziest moments from the movie: http://www.rollingstone.com/tv/news/10-most-brilliantly-lifetime-gasmic-moments-in-a-deadly-adoption-20150622.

Since it’s inception in 1984, the Lifetime channel has been cranking out schlocky fare that often masquerades as entertainment for female empowerment. I remember when I was younger and I watched a few Lifetime movies I quickly labeled the channel “the Female Victimization Network”. The formula was always female in distress meets potential savior, savior turns psycho, female in distress must find a way to defeat savior/psycho. My all-time favorite film that meets fits this Lifetime archetype is Mother May I Sleep With Danger? starring Tori Spelling and Ivan Sergei.

What could be worse than discovering that your dreamy guy is a certifiable nightmare?

Mother, May I Go To Bed By Myself & Sleep Alone For The Rest Of My Life? is not a sexy title, but it sounds more frightening than those generic thrillers at your local cineplex.

Sara Maitland, author of How to Be Alone (The School of Life) told the Sydney Morning Herald, “Look at the language we use. ‘Loner’ used to mean ‘heroic adventurer’ – the Lone Ranger for instance – now it means ‘dangerous weirdo’ and very probably ‘sexual predator’ … Office culture favours the team and the open plan office. Not having a partner is seen as a tragedy.” Kate Bolick, author of troll-baiting article All the Single Ladies adds “What are our ideas about single people? Perverted misanthropes, crazy cat ladies, dating-obsessed shoe shoppers, etc.—all of them some form of terribly lonely.”

Despite the fact that the single adult population has climbed from 33% in 1950 to 50% in 2010, and seems likely to climb higher, single people (women especially) are frequently asked to defend their “abnormal” status. They may even go out of their way to stress that being alone is their choice, not their circumstance. Are they being overly anxious and neurotic? Or do they suspect that people can’t tell the difference between being alone and being lonely?

“Admitting you are lonely is like holding a big L up on your forehead,” says University of Chicago social neuroscientist and author John T. Cacioppo.

Loneliness can be twice as deadly as obesity, and I think we all know how Americans feel about being fat.

Can being alone evoke loneliness? Absolutely. But it’s not an inevitable slide. Feeling lonely is akin to thinking “I don’t matter”, and that can happen no matter how many people are around. We can find a lot of joy in solitude, especially when we’re expected to be on the grid constantly, and thus without excuses for delayed replies to texts and emails. Also consider that making “being alone” a core problem also makes “being part of a couple” seem like an easy solution to too many individual issues.

So, if I’d rather spend the weekend by myself, please DO NOT BE ALARMED.

But if you know I’m zoning out to a Tori Spelling performance on Lifetime (or anything really), then you absolutely have permission to break down my door.