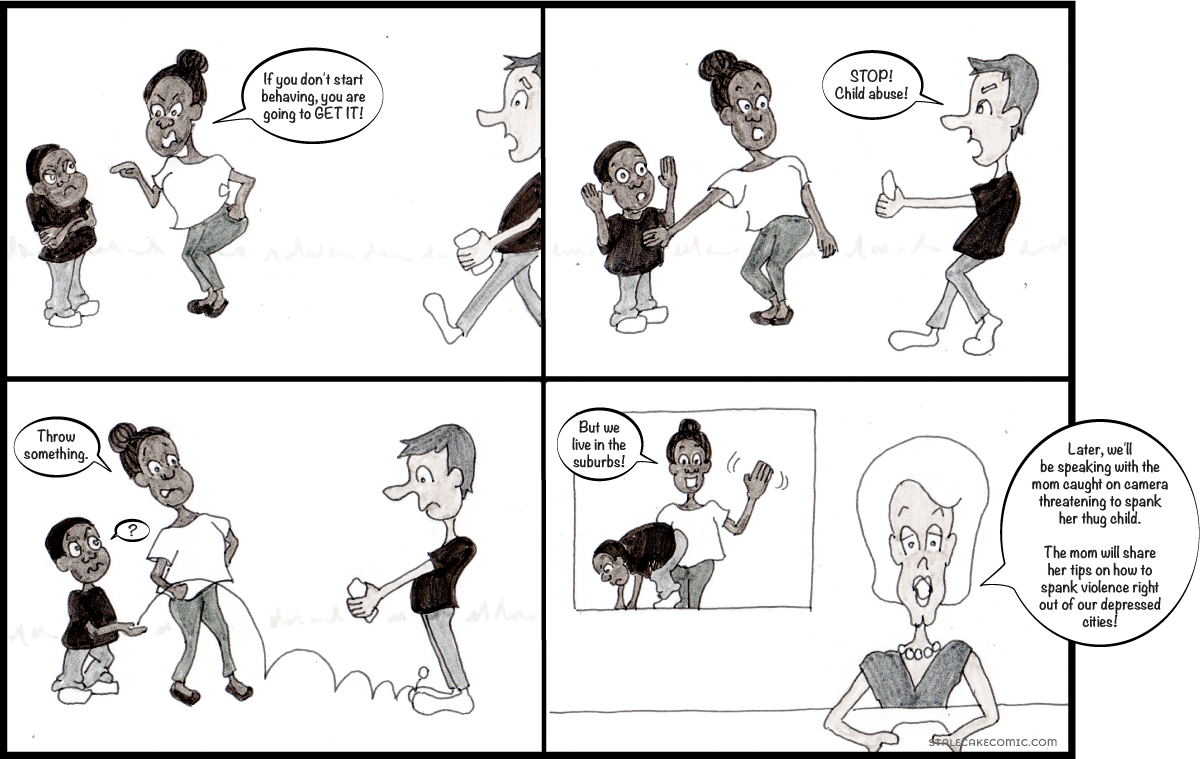 The Spank Heard Round the World

The Spank heard round the world

Last week’s events in Baltimore really hit close to home for me. Why? Because I live in Baltimore, born and raised, left for a little while only to return when life beat my ass a little. Monette is also from Baltimore County, now residing in sunny California. So the violent death of Freddie Gray, and the protest followed by the eruption of riots is something that has resonated strongly with us.

A pivotal moment in last week’s events came when teens came together and proceeded to throw rocks at cops. Television crews got an eye-full when Toya Graham beat her son to get him to stop participating in fighting against the police. The video went viral and she was later hailed as a “hero mom” by the media and invited to do the talk show circuit.

After the clip made its way around the 24 hour media circus, there were two clear factions that arose: those that see her as a good mom who is looking out for her son, and those that see her as a bad mom who is keeping her son from being on the right side of history. I had a talk with my mother about this and she saw the woman as a hero, I did not agree. Bastardizing the Who, the kids aren’t alright especially in places like Baltimore. Who are we to stop them from fighting against an oppressive system?

While fighting oppression is one thing, sheer hypocrisy is another: http://www.salon.com/2015/04/29/the_hideous_white_hypocrisy_behind_the_baltimore_%E2%80%9Chero_mom%E2%80%9D_hype_how_clueless_media_applause_excuses_police_brutality/. The media hailing Toya Graham a hero is laughable. By all accounts, she is everything that they mock and hate, a single mother with six children, no job, living off the government. If at any other time had she smacked her son around and the act had been caught on camera, she would have been promptly arrested and Child Protective Services (CPS) would have snatched the other five away from her with a quickness.